Reading University PhD student, and PAB research associate, Kathryn Price writes the first in an occasional series of posts about her research project.

Yes, you have guessed correctly that the project title was formed to fit the words THAMES, with a little inspiration from Tolkien and a lot of help from my friend John. However, it does aptly describe in a few words this PhD project. The PhD is funded by the AHRC and is a joint project between the University of Reading and the British Museum. I am very fortunate to have three members of PAB as supervisors – Nick Ashton, Rob Davis and Simon Lewis as well as those from the university – Rob Hosfield and Rob Batchelor – an incredible line up! 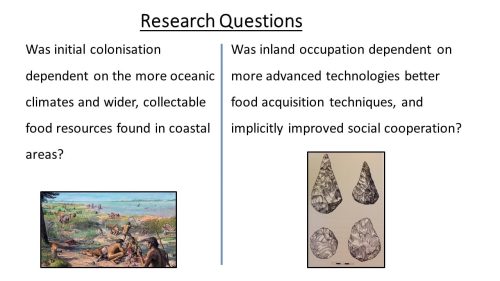 At its centre, this PhD is investigating the evidence for the early human (hominin) presence in the Middle Thames – prior to 500,000 years ago. I am examining the technologies and landscapes of some of the first human occupants of North-Western Europe, through the lens of the Middle Thames from Reading to Beaconsfield; a ‘snapshot’ of an inland river system with preserved terrace remnants that were deposited to prior to, and were (mostly) unaffected by, the Anglian glaciation around 450,000 years ago (MIS 12).

I will be assessing the early human record in the Middle Thames through a variety of ways; lithic analysis of artefacts in museum collections as well as potentially recovering new artefacts through fieldwork; a re-mapping of the pre-Anglian terrace remnants using existing borehole data and new fieldwork to clarify the terrace sequence; contextualising artefacts to individual terraces through the analysis of historic mapping and other documentary sources; and (in hope!) potentially finding further artefacts in museum collections. Combining all these threads together, a clearer picture of the nature and timing of the occupation of the Middle Thames by hominins in the pre-Anglian will begin to emerge.

The project is linked to two key issues in Lower Palaeolithic research: 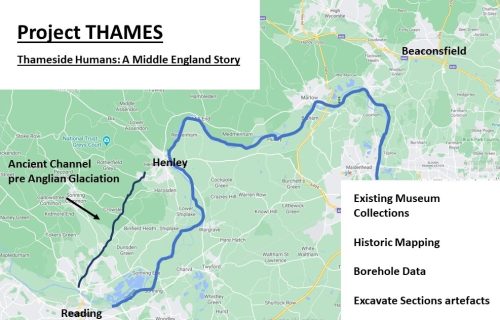 There is so much to find out! When and to what extent were hominins venturing into the heart of the Thames? What technologies did they have to rely on? How significant is the handaxe? How does the archaeological record of this inland environment compare with those along the lower reaches of the Bytham River in estuarine environments? Will we find artefact similarities with sites such as Pakefield, Brandon Fields or Warren Hill? Will we be able to uncover the presence of early pioneer populations in the Middle Thames?